What leader are you? It depends on your parents 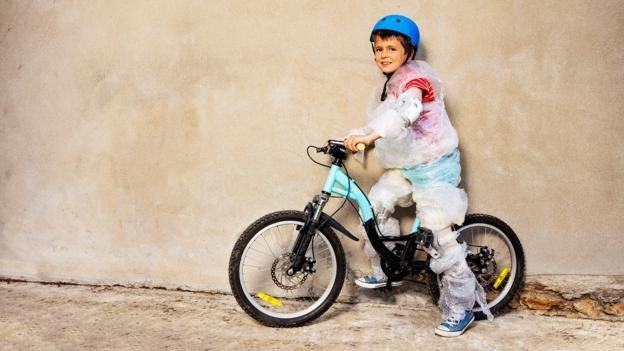 You’ve probably noticed how some of your colleagues take to leadership roles like a duck to water. They are confident of themselves and are happy taking on an ever-growing number of responsibilities. It couldn’t be more different for others: bossing around people feels awkward, and a nagging self-doubt shadows every decision.

If you’re in the latter group, you might wonder why the thought of being a leader fills you with dread, and why you find it so hard to even see yourself as a manager.

As with almost any aspect of human nature, some of the answer comes down to your genetically inherited disposition. If your parents were shrinking violets, the odds are increased that you will be too. But that’s far from the whole story. Increasingly, psychologists are realising the important part that early life experiences play. And key here is the way your parents behaved toward you.

If your parents were shrinking violets, the odds are increased that you will be too. But that’s far from the whole story
In particular, if they were overly protective they might have undermined your chances of becoming a future leader. Colloquially, this parenting approach is known as ‘helicopter parenting’ in reference to the idea of hovering nearby whether needed or not.

Your parents likely had good intentions, such as ensuring you didn’t face uncomfortable challenges. Unfortunately this might have had some inadvertent, unhelpful effects, including “making you less confident and less capable of facing difficulties, therefore [leading you to] exhibit poorer leadership skills”, says Dr Judith Locke, a clinical psychologist in private practice and visiting fellow at Queensland University of Technology.

Locke’s research has involved surveying parenting professionals, including psychologists and school counsellors, to establish exactly what they mean by helicopter parenting or overparenting.

Her findings suggest this is an approach characterised by a mixture of three factors: being extremely responsive to the child, being extremely undemanding in some contexts, yet being highly demanding in others. For instance, a helicopter parent is likely to be overprotective, overly attentive and believe their child is always right. They will try to do everything for their child (rather than expecting the child to handle it themselves), and might expect their child’s peers and school to bend over backwards to accommodate their child’s needs too. At the same time, this kind of parent will be highly demanding, in the sense of having high expectations for their child’s achievements, overscheduling their child’s time and wanting their child to be their friend and in constant contact.sychologists at Florida State University surveyed nearly 500 undergraduates and found that those who had helicopter parents also tended to be less confident in their own abilities. A different team at Miami University quizzed hundreds of undergraduates and found similar results. Those who described having helicopter parents also tended to have more emotional problems, struggled with making decisions and performed worse in their exams.
Your future as a leader

If you run a mile from leadership opportunities and recognise the description of having helicopter parents, you don’t have to accept that you’ll never be a leader or exhibit qualities of one.

First, remember your parents’ approach was likely well intentioned, and you won’t benefit from feeling resentful. You’re in control now and, with dedication and effort, it’s possible to shape your own traits and attitudes at any time of life.

Locke, who is also the author of The Bonsai Child (a parenting book to help parents develop their child’s potential by not overparenting), recommends beginning to take more control over your own life, including being more financially independent if you can, and avoiding the temptation to call your parents each time you have a problem.

You can also make changes at work, including trying to be more open to criticism, and being proactive in seeking feedback. “My work shows that those who have been overprotected have often been overpraised as a matter of course, and don’t cope as well with constructive criticism,” says Locke. “For you to improve you need to be open to suggestions of what you need to do to progress.”

It won’t happen overnight, but through practising being more independent and taking the time and effort to build your emotional and decision-making skills, you will find that you can slowly build your confidence – and even start to see yourself as a potential boss.

Dr Christian Jarrett is a senior editor at Aeon magazine. His next book, about personality change, will be published in 2021.

PrevPreviousMermaids- Facts or Myths!
NextRiddle of the day – April 7, 2020Next