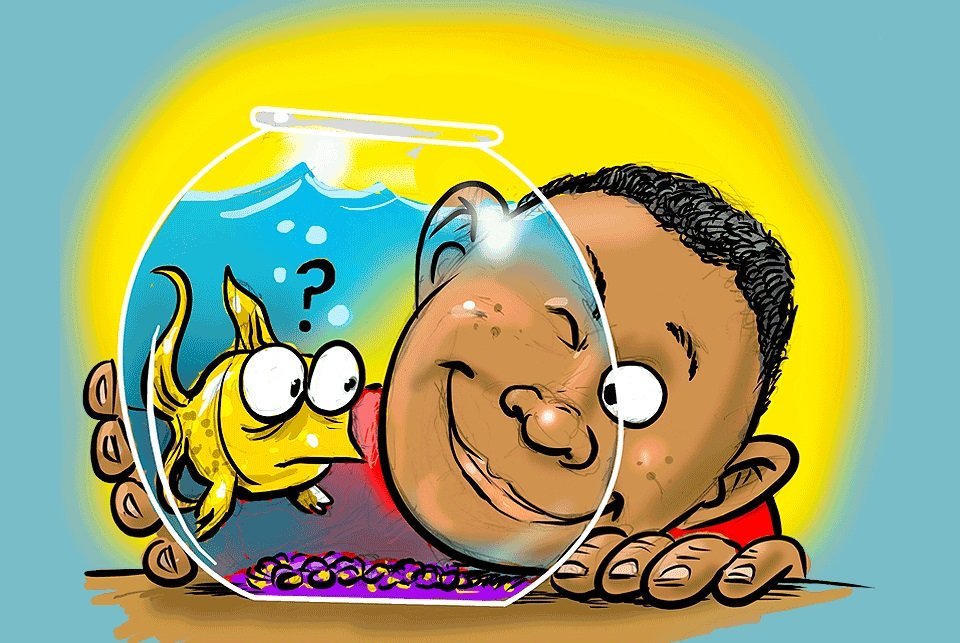 Check out the amazing goldfish facts below to better understand your fish. The more you know about goldfish, the better you will be able to care for them!

Goldfish don’t have stomachs and should therefore be fed easily digestible food in lots of small feeding sessions, rather than lots of food at once. This is also why goldfish produce so much waste and why you need a filter to keep their water clean.

Goldfish can tell different faces apart and are able to distinguish between different shapes, colors and sounds.

Goldfish have a memory-span of at least three months

Goldfish can grow to over a foot long

Goldfish can be stunted by being kept in tanks that are too small for them and where the water quality is poor. This means that they don’t reach their full potential size. However, goldfish can grow to be over a foot long when kept in the right environment.

Goldfish have been known to live for over 40 years

With the proper care, goldfish can live for decades. This goldfish was said to be 45 years old.

The collective noun for goldfish is “a troubling”

Humans have bred many different varieties of goldfish.

Goldfish have no eyelids, so they have to sleep with their eyes open!

Goldfish have been kept as pets for over 2000 years

Keeping pet goldfish dates all the way back to ancient China!

Goldfish can see more colors than humans can

Goldfish don’t like to be kept in the dark and, unlike humans, they are able to see ultra-violet and infra-red light.