13-year-old Sarah Park has known about the impact of music on the brain since a young age. She has been playing violin since she was 4, and says she noticed its positive effect on those around her, especially her grandmother, who suffered from a mental health illness.

Now, the Jacksonville, Florida, middle-schooler hopes to use music therapy to help others struggling with mental health. Her invention, Spark Care+, earned her the title of “America’s Top Young Scientist” at the 3M Young Scientist Challenge on October 19, 2021.

“I was pretty shocked when they announced my name as the grand prize winner,” Park said. “I was excited and thrilled with what’s to come next with Spark Care+.”

Spark Care+ requires participants to respond to a series of questions based on the Hamilton Anxiety and Depression Scale, designed to assess the person’s mental state. The device’s inbuilt sensors record vital mental health indicators, such as heart rate and blood pressure. Spark Care+’s AI (Artificial Intelligence) component analyzes the information and recommends the appropriate music to help lift the participant’s spirits. It also monitors its impact on the listener. 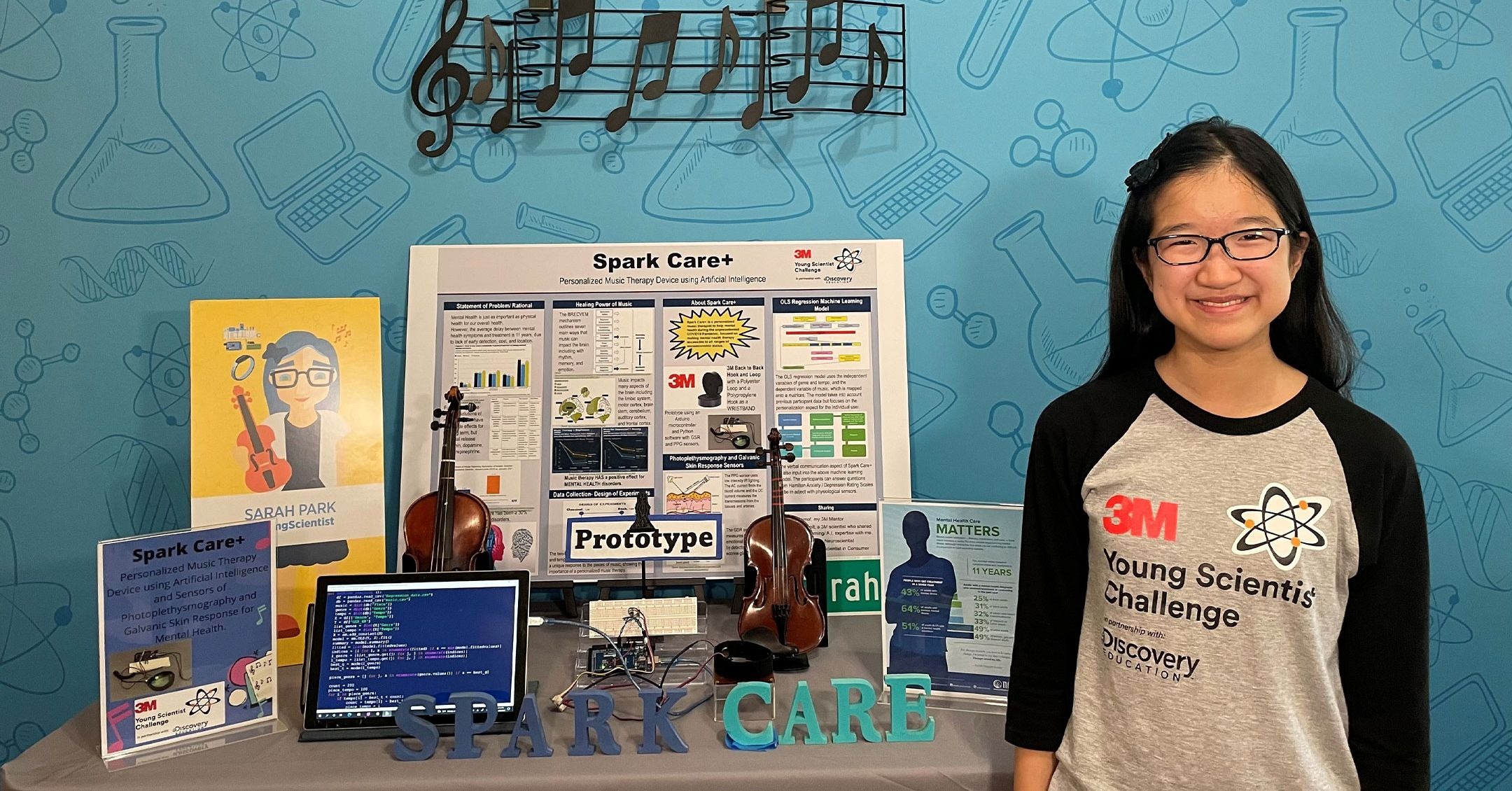 The ninth-grader hopes to turn her prototype into a wristband with inbuilt sensors, a heart-rate monitor, and Bluetooth. She also wants to build an app to make Spark Care+ accessible to everyone. “I hope to be able to distribute it around the world to people of all ages,” Park says.

In addition to being an inventor, Park is also a musical prodigy who has won several violin competitions, including the Florida state championship. She also plays the piano and is a math champion. The teen aspires to be an innovator and researcher in the medical field using technology and robotics. Her advice to other young scientists? “Dream big, ask questions, and anything is possible.”

Now in its 14th year, the 3M Young Scientist Challenge is an annual national competition that invites students in grades 5-8 to find a unique solution to an everyday problem. In addition to the prestigious title of “America’s Top Young Scientist,” the grand prize winner receives an exclusive mentorship with a 3M scientist, a $25,000 cash prize, and a special destination trip. The second and third place winners each receive $1,000 in prize money and a special destination trip.

PrevPrevious2021’s Final Lunar Eclipse is a mind blower!
Next“Tie the Knot” and its Origin StoryNext