The International Fund for Animal Welfare (IFAW) honored Bear, an Australian Koolie, with the “Animal of the Year” Award on Oct 11, 2021, . The six-year-old pooch helped save over 100 koalas from the devastating bushfires that swept across New South Wales (NSW), Australia, from June 2019 to May 2020.

“We think Bear really deserved this award because he’s been such a good boy in helping us find and rescue a lot of koalas, especially during the bushfires, but he works throughout the year to help us in our job to make a better and safer place for koalas,” says Bear’s handler, Dr. Romane Cristescu of the University of the Sunshine Coast. “We’ll give Bear extra pats and extra play for his award.” 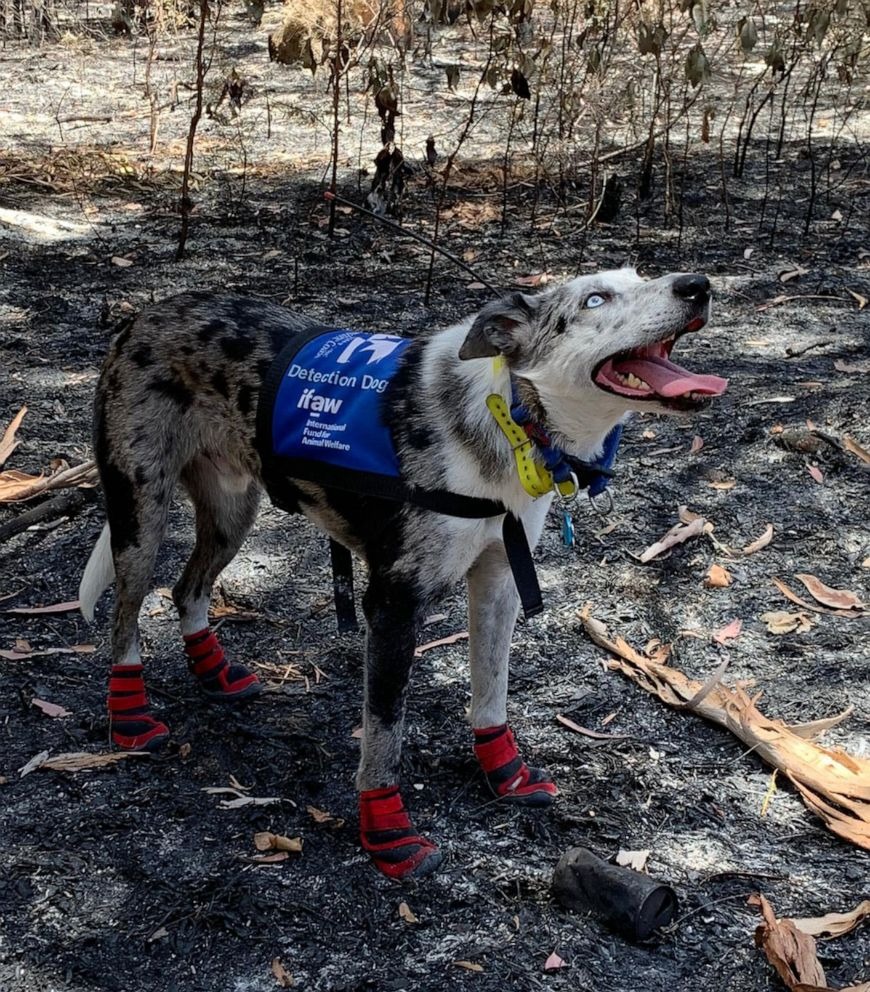 Bear’s backstory is all too familiar for rescue dogs. His previous owners found his “boundless energy and obsessive enthusiasm for play” too much to handle and decided to give him up for adoption. They reached out to the University of the Sunshine Coast’s Detection Dogs for Conservation team, and the then one-year-old was brought in for assessment. Within minutes, the trainers knew he would be a perfect conservation dog. Bear possessed a keen sense of smell. More importantly, he had no interest in killing the animals he found. All he wanted to do was play!

Between November 2019 and April 2020, the brave canine managed to sniff out over 100 stranded or injured koalas in the scorched NSW forests. In May 2020, Cristescu told Newsweek, “We have found some koalas with burns, but many have less visible injuries. We have found some koalas dehydrated and with infection linked to smoke inhalation. Most koalas were malnourished. We also have found orphans — koalas that are too young to be on their own in the bush and must have been separated from their mum during the fire.” 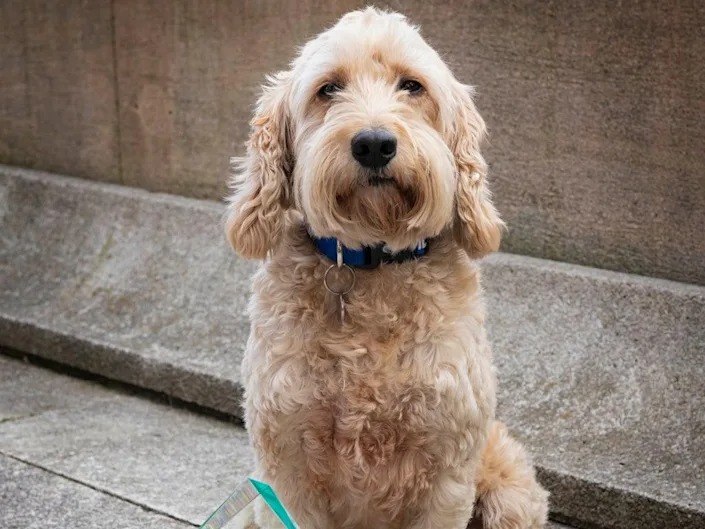 NSW’s “Black Summer” bushfires will go down as one of the worst wildlife disasters in modern history. The fierce blaze killed 26 people, destroyed over 2,000 homes, and burned more than 46 million acres (18.6 million hectares). The World Wildlife Fund estimates the fires displaced nearly 3 billion animals. Even worse, over 143 million mammals — including 6,382 koalas — 2.46 billion reptiles, 180 million birds, and 51 million frogs were injured or killed.

Jasper, a therapy dog from Lancashire, England, was also honored by the IFAW on October 11, 2021. The six-year-old Cockapoo provided much needed support and comfort to the over 9,000 frontline workers at the various branches of the East Lancashire Hospitals during the height of the COVID-19 pandemic in 2020.

“Jasper and Bear are two truly amazing dogs, both highlighting the important and positive relationships between animals and humans,” James Sawyer, the UK director of IFAW, said in a statement. “The pooches truly demonstrated humanity and hope during hardships and have won all of our hearts.”