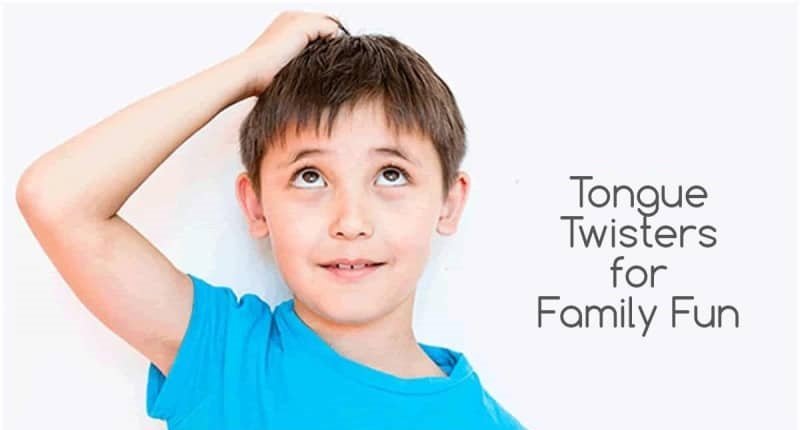 Tongue twisters for kids are a great way to work on pronunciation and vocabulary. It’s a fun way to improve one’s memory and reading skills, and children can use these sentences to practice their English or learn to appreciate sounds and rhythm.

She sells sea shells by the seashore
And the shells that she sells are sea shells for sure.

I scream, you scream, we all scream for ice cream!

If a dog chews shoes, whose shoes does he choose?

If a black bug bleeds black blood, what color blood does a blue bug bleed?

If two witches were watching two watches: which witch would watch which watch?

Mix a box of mixed biscuits with a boxed biscuit mixer.

The bottom of the butter bucket is the buttered bucket bottom.

Does your sport shop stock short socks with spots?

Many mumbling mice are making merry music in the moonlight.

The boot black brought the black boot back.

PrevPreviousHow Social Media-savvy are you?
NextMost Craziest Words in EnglishNext